Shekhar Sen Has Been The Recipient Of Abundant Love From His Audience, Critical Acclaim From The Literate And Innumerable Awards, Honours From Prestigious Organistaions. He Has Been Honoured By "Padma Shri" Award In 2015 By The Government Of India.

Shekhar Sen has to his credit more than 200 musical albums released since 1983, proclaiming his multiple skill as singer, lyricist and composer. He has also sung and composed music for many TV serials and films and performed many singing concerts at home and abroad.

Swami Vivekanand, a Hindu spiritual leader and reformer in Indiawho attempted to combine Indian spirituality with Western material progress, maintaining that the two supplemented and complemented one another. His Absolute was a person’s own higher self; to labour for the benefit of humanity was the noblest endeavour.

In the session of स्वामी विवेकानन्द - एक आत्मबोध attendees will be able to understand, how one can get the points from the life of such spiritual, divine and disciplined soul at Knowledge series Session, Organised by SGR Knowledge Foundation in association with Chitnavis Centre, Civil Lines Nagpur.

Surely it is a session for everyone who has a leader in him. 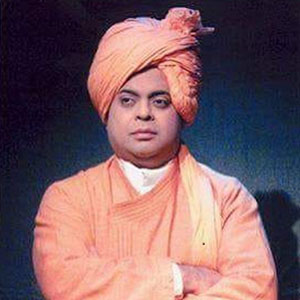