On 20th June 2018 at Evening 6.30, Interact with Former Director, Central Bureau of Investigation and Head of the Special Investigation Team that probed the Rajiv Gandhi assassination case - Padma Shri Dr. D.R. Kaarthikeyan, in the session of Knowledge Series on Importance of Values in Personal, Family, Organisation, National life,(Followed by Q & A) organized by SGR Knowledge Foundation in association with Chitnavis Centre. Venue: Chitnavis Centre, Beside Hislop College, Civil Lines, Nagpur - for Free registration SMS your details on 7887860107

A number of cultural aspects influence the way we interact with other people, including national culture, gender culture, corporate culture and various communication styles. All these elements influence; 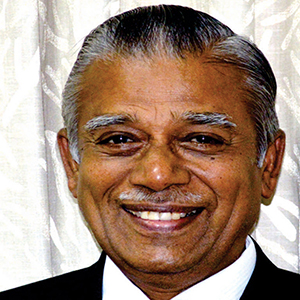 Diving a bit deeper on that, all of the above is driven by our values. Values and beliefs are learnt in a national culture, and they may be unconscious. You may not be aware of your own values and beliefs until you are confronted with someone different than you, e.g. working with a colleague from another country (and it may be quite a challenge). Values vary enormously, especially across national cultures. We have a tendency to judge other’s behaviour based on our own cultural norms, the “lens” we see through. And here we have lots of opportunities for potential conflict, misunderstandings and miscommunication. Different values lead to different behavior, behavior you may not understand. It is important that we try to learn and appreciate these differences in order to work effectively with people from other cultures. (http://www.diversityjournal.com)

In the session of Knowledge Series audiences will be in a position to get the details of the theory on how Values are Important in all the areas of the life. It is important too that such theories are to be communicated through the experts and the professionals who have achieved most from the personal and professional life and Dr. D R Kaarthikeyan is the living example for this.

D. R. Kaarthikeyan was born to an agricultural family in a small village called Devarayapuram in Coimbatore District, Tamil Nadu, India. He obtained a B.Sc. degree in Chemistry and Agriculture from the Annamalai University. He worked in the field of agriculture in the ancestral farm of his native village for a year. He also obtained a Bachelor of Law degree from the Law College, Madras and was enrolled as an Advocate in the Bar Council of Madras.

After passing the Combined Competitive Examinations for Senior Civil Services, he joined the Indian Police Service (IPS) in 1964. Mr. Kaarthikeyan went through extensive training in that field which included being trained at the National Police Academy in Mt. Abu. He also served in a number of important positions - Deputy Commissioner of Police, Law and Order, Bangalore; Deputy Inspector General of Police, Karnataka State Intelligence Department; Head of Karnataka State Police Academy; Inspector General of Police, Central Reserve Police Force (CRPF), Southern Sector at Hyderabad. The investigative skill and the leadership and dedication demonstrated by Mr. Kaarthikeyan was highly appreciated and placed on record by the full Bench of the Supreme Court of India

Mr. Kaarthikeyan was First Secretary in the Embassy of India, Moscow, Russia from 1974-1977. He was stationed in Sydney Australia from 1985 to 1989, promoting Indian exports to Australia, New Zealand and Fiji.

Mr. Kaarthikeyan led a group of "Yatris" (pilgrims) on a month-long trekking to Kailash-Manasarovar, the holiest of holy places for Hindus, Buddhists and Jains in Tibet-China. He also visited Jerusalem, the holiest city for Christians and Jews and the second holiest place for Muslims. He travels widely and addresses gatherings in educational institutions, professional gatherings, police and other training academies, and public functions where he speaks on socially relevant subjects such as values, human rights, leadership, crisis management and investigation. Mr. Karthikeyan presently holds the position of Director General, National Human Rights Commission, India.