Dr.J.V.Dixit, with 28 years of teaching experience, is working as Professor and Head of Community Medicine Department at Government Medical College, Latur Maharashtra.

He has done MD in Preventive and Social Medicine in 1990, PG Diploma in Hospital Administration in 1991 and PG Diploma in Human Resource Management in 1995.

He has received three national and four state level awards for his contribution in the field of health education through books, newspapers, Radio and Television.

He was honored with Best Teacher (medical faculty) award and Dr. Shardini Dahanukar Best of the best teachers (all faculties) award by Maharashtra University of Health Sciences, Nashik for the year 2015-2016. 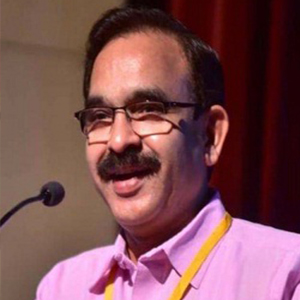 He was awarded fellowship by Indian Society for Malaria and other Communicable Diseases.

He has published more than forty research articles in reputed medical journals.

He has written 20 books in Marathi for health education of lay people.

He is a sincere, dedicated teacher. He is recognized PG and PhD guide of Maharashtra University of Health Sciences, Nashik He is active in voluntary blood donation campaign and has donated blood more than fifty times.

He has worked as consultant for WHO, UNICEF and other NGOs.

Presently he is involved in research to prevent obesity and diabetes. His book “Effortless Weight loss and diabetes prevention” on this subject is very popular.

Inspired from the work of late Dr.Shrikant Jichkar he has initiated the “World free from obesity and diabetes” campaign.

He and his team have conducted more than 300 lectures on the topic: Effortless Weight loss and diabetes prevention. His team comprises of around 56 dedicated leaders of the campaign that include many doctors.

His lectures on this topic are available on YouTube in English, Marathi and Hindi. These are viewed by lakhs of people.

Through 156 whatsapp groups, 1 facebook group and one facebook page more than 35000 people from over 36 countries are directly connected with this campaign.

Jagannath Dixit is an Indian lecturer and professor who was named the Bharatiya Janata Party's brand ambassador for its anti-obesity campaign in Maharashtra.

Dixit is known for propounding the 'Dixit-diet', a diet plan originally conceived by Shrikant Jichkar where a person eats two meals a day to purportedly manage obesity and type 2 diabetes.

However, Dixit's claims have been challenged for lacking scientific validation, and he has been accused of providing potentially harmful advice to those with diabetes.

The Indian Medical Association has noted that Dixit is neither a dietician nor a diabetologist.

In 2018 article at the JAMA Internal Medicine journal concluded that the hypothesis of carbohydrate stimulated insulin secretion being the primary cause of common obesity, was difficult to reconcile with available evidence.