A full time voluntary activist for ten years, before joining IAS. A free-lance journalist during the same period. Undertook extensive study tours of the country. The outcome was the book, ‘Aswastha Dashakachi Diary’, based on the reflections on experiences of these visits. Joined IAS in 1986.

While in service, initiated some experiments in responsive administration. A few of them are : Many original experiments in office and field level functioning of government machinery to reorient the operations and methodologies in bureaucracy. Long-pending land disputes resolved speedily through reconciliatory measures, adopting revenue-court system. Active participation in literacy, universalisation of education, women-farmers-consumer movements, land and water conservation, movements against corruption and superstitions. Implemented a special program for neo-literates, so that they do not re-lapse into illiteracy. The program was appreciated as a ‘model scheme’ by the National Literacy Mission. Actively supported various developmental schemes by acting as informal interface between the administration and voluntary agencies. 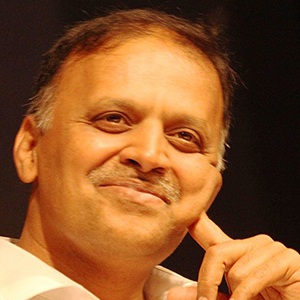 Resigned from the IAS on March 1, 1996. to Contested election for parliament as an independent. Organised mass movement for clean and efficient governance. Worked as Director General, Nehru Yuva Kendra Sangathan under Ministry of Sports and Youth Affairs, Govt. of India from February to November 2001.

Now works as : * Founder Director, Chanakya Mandal - a network organization for competitive examinations, career guidance, entrepreneurship development and personality development. Today Chanakya Mandal conducts 19 different courses in which around 6000 students participate. * Conducts variety of workshops all over Maharashtra. * Has plans to harness Information Technology for education and develop into a full scale autonomous Open University. * Organizer of the Citizens’ Action Plan; * Chief Editor of a periodical for youth “Chanakya Mandal”.