"BLOCK THE DATE 8TH MAY 2019 ON ACCCIDENTS & ADVENTURES BY DR. AKASH KHURANA"

Dr. Akash Khurana is a Mechanical Engineer from NIT Rourkela with an MBA in Marketing from XLRI, and an M.Phil and Ph.D from the Tata Institute of Social Sciences. He was an executive with Tata Motors before he moved on to become a Management Consultant with a parallel vocation in Media and Entertainment.

He made his first screen appearance in Shyam Benegal's ‘Kalyug’ and went on to play character roles in nearly 60 films such as ‘Saaransh’, ‘Naam’, ‘Beta’, ‘Sarfarosh’, ‘Company’, ‘Barfii’ and ‘Karwaan’. He won the Nandi Award of Andhra Pradesh for playing the lead in the Telugu film ‘Dr. Ambedkar’. He has also written over 20 screenplays, including ‘Aashiqui’ and Baazigar', the latter fetching him the Filmfare Award. He has also conducted Workshops on Acting and Screenwriting. He is presently directing a feature film about a journey down the Ganges.

His work in Television includes screenwriting for over 200 episodes with directors like Ramesh Sippy and Sridhar Kshirsagar, and acting in about 15 TV Serials covering nearly 50 episodes. 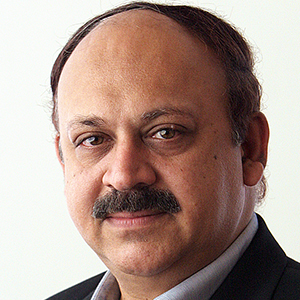 In the theatre, Akash Khurana has worked extensively with Satyadev Dubey, Sunil Shanbag, and Naseeruddin Shah, directing and acting in plays by Moliere, Pinter, Mamet, Mrozek, Kundera, Tendulkar, Shakespeare, Shaw, and Beckett. He has been a core member of Arpana, Motley, and Akvarious Productions, three of India’s foremost theatre companies. In September 2017, his production of Vijay Tendulkar’s ‘A Friend’s Story’, was performed at the Shakespeare’s Globe Theatre in London. He was Managing Editor of the theatre journal OVATION, and was the Artistic Advisor to the NCPA Repertory Theatre. He was also part of the think tank that helped Jennifer Kapoor launch the Prithvi Theatre Festival.

He is a music composer and lyricist, and as an avid musician, he has played the drums and the piano.

Dr. Khurana’s other corporate assignments were with Nimbus Communications, a media and entertainment company, where he took on various roles like HR Advisor, Chief Creative Officer, COO Motion Pictures, CEO & MD, and Chairman. He has been a spokesperson for the media and entertainment industry on national forums like FICCI and CII. He was the Founder & CEO of SYZYGY, a Leadership Development enterprise. As a Mentor, his key focus is on ‘Rejuvenating Talent for Adventures in Leadership’. Some of the workshops and training sessions he has conducted are:

He has been a student mentor and guest faculty at several B-schools, teaching subjects like Creativity and Innovation, Organizational Behaviour, Business Environment, Global HRM, Conflict Management and Business Communication.